Since John F. Kennedy, only Jimmy Carter and Bill Clinton have served the interests of the majority of the American people, fulfilling the intent of the constitution for our nation as a nation of, by, and for its people. Johnson abetted the murder of JFK and led the cover-up by modifying the JFK body evidence and destroying JFK limousine evidence. His high level co-conspirator in the cover-up was FBI Chief, J. Edgar Hoover, who framed Oswald, a cover agent for the FBI and the CIA. Johnson and the CIA predisposed the Warren Commission to find Oswald as the lone assassin, and turned out a filibuster report of the assassination, neglecting tons of evidence of great importance. Three of the street personnel responsible for the actual killing were directly under Richard Nixon supervision. Nixon, himself was a puppet for the Bush family criminal conspiracy. Gerald Ford lied on the Warren Commission report by moving Kennedy’s back wound to his neck to partially justify the magic bullet theory. He did campaign work for Richard Nixon and ascended to the presidency by NIxon’ choice. Ford made GHW Bush a national entity with his selection of GHW Bush as Director of the CIA. Reagan was a dummy of the Bush family with good PR skills and he started the debt demise of the US.The two Bushes alone each doubled US debt during their terms. Obama is the terminator for the country, by continuing Bush policies
of repression and unneeded security enhancements, while pushing debt onto the US faster than any previous president.. We the people need to compel a turn about to get the world out of private hands, once and for all. This site offers proof of what I’m saying plus some ideas for required actions to achieve the compelling changes. 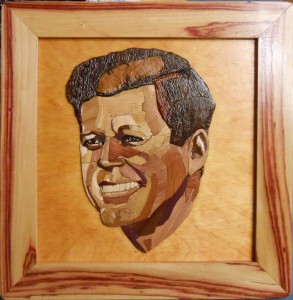